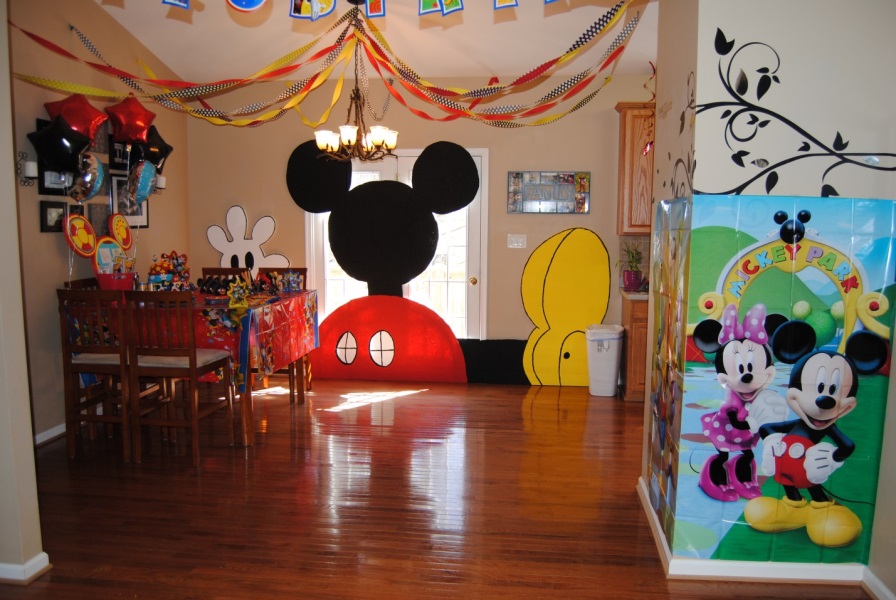 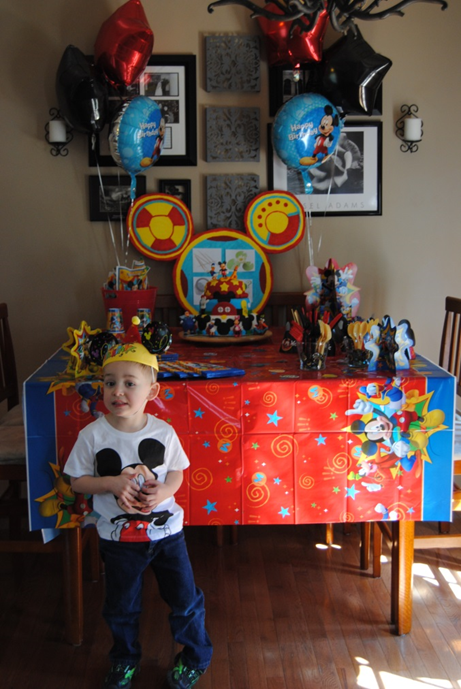 My youngest was the biggest Mickey Mouse Clubhouse fan. He desperately wanted a Mickey Mouse party for his forth birthday. If you have ever seen an episode, you will know that they’re pretty much the same format on each. Mickey has a problem, Toodles and his friends help him solve it all in a short time. I planned to have a Mickey Mouse adventure.

Oh no!!!! Pete stole all the presents! What can we do party goers? It was quite distressing to the birthday boy to have all of his presents go missing. But never fear Toodles is here to help. 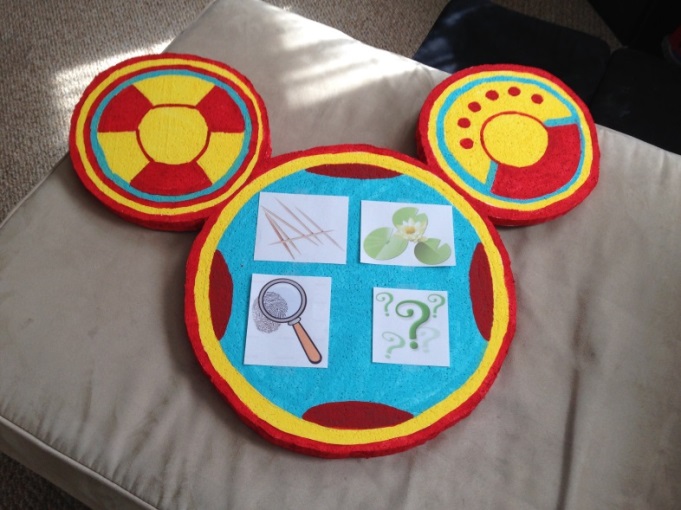 First things first, we had to look for clues! Where could the presents have gone? 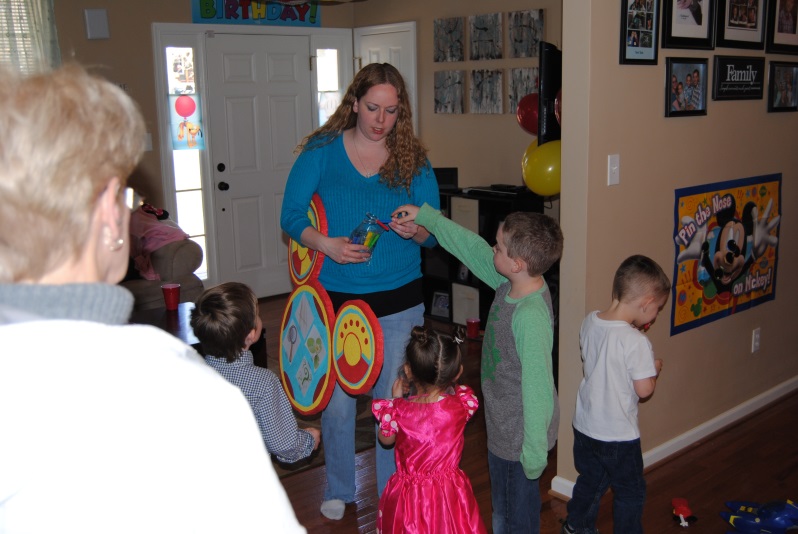 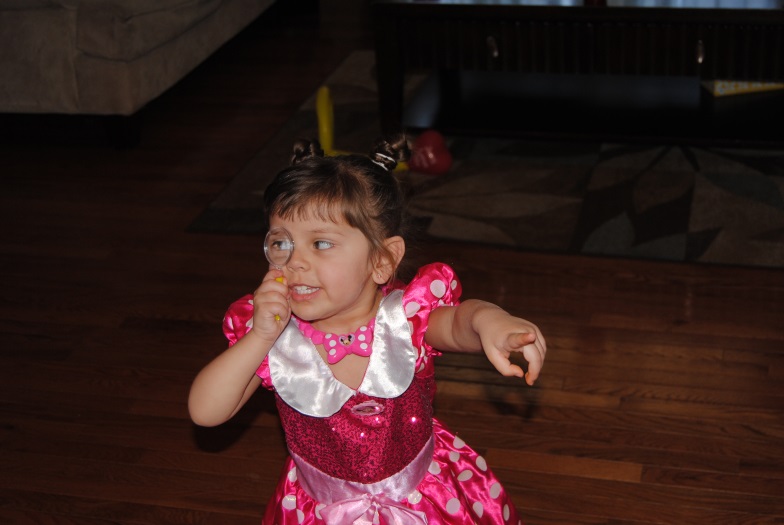 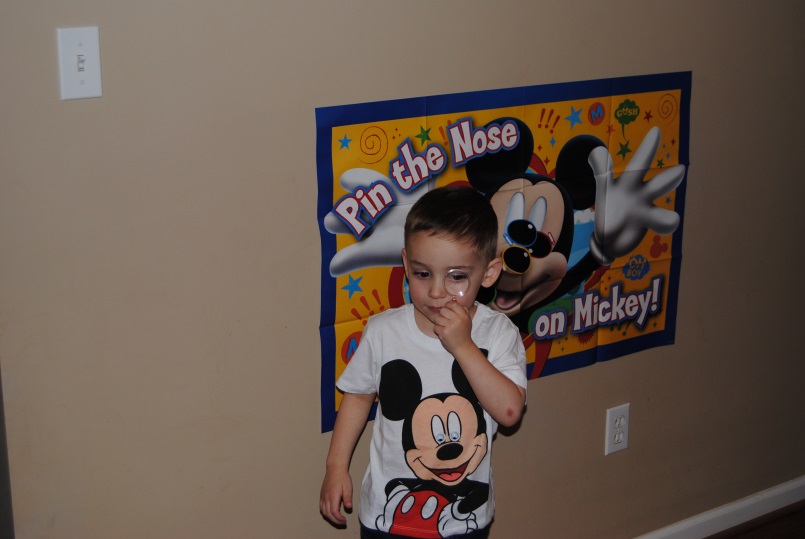 We had cut pictures of footprints out of paper and left a trail of them for the children to find and follow. Toodles supplied the magnifying glasses to aid in clue finding!

The footprints led us downstairs where we ran into a great river. There was another cry of, “Oh Toodles!” The children picked the lily pads to get across the river with. These, again, were just cut out paper. The children had to jump from lily pad to lily pad to cross the great river (a.k.a. blue bed sheet). 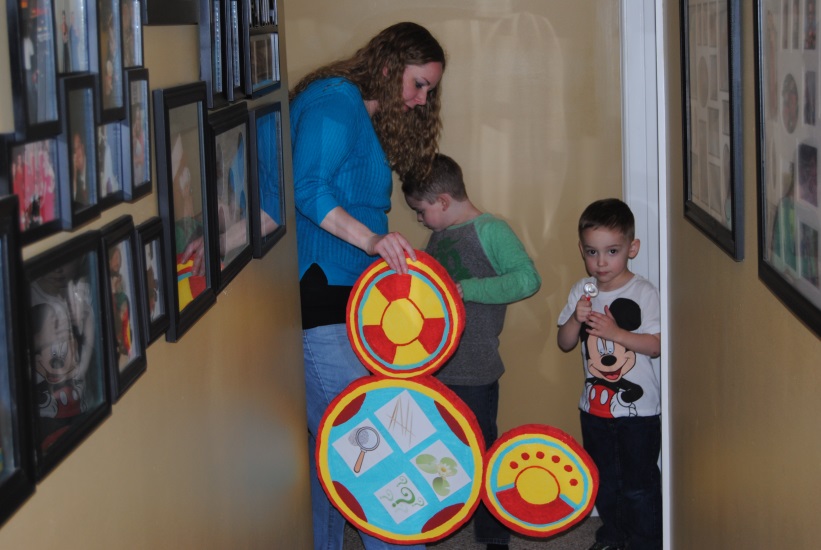 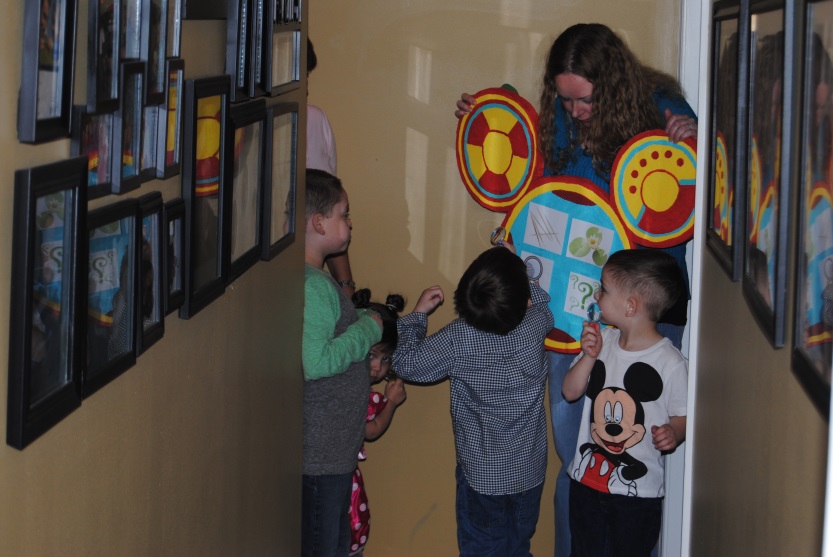 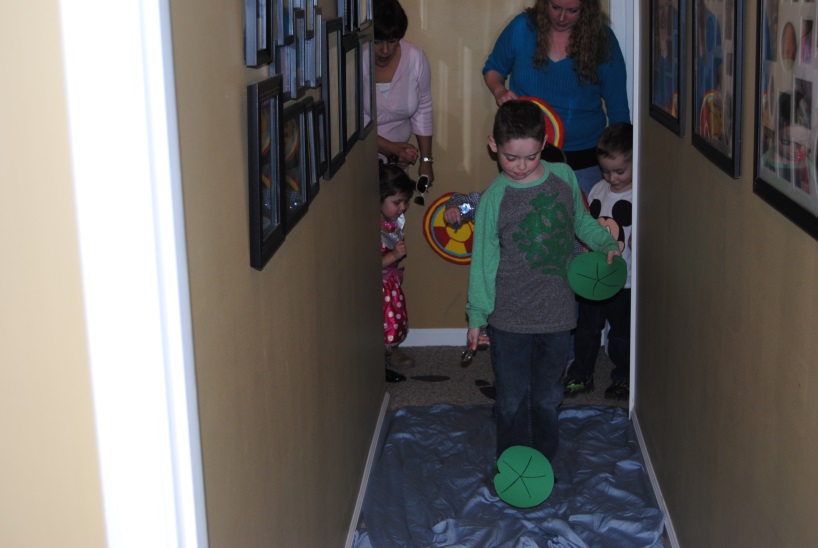 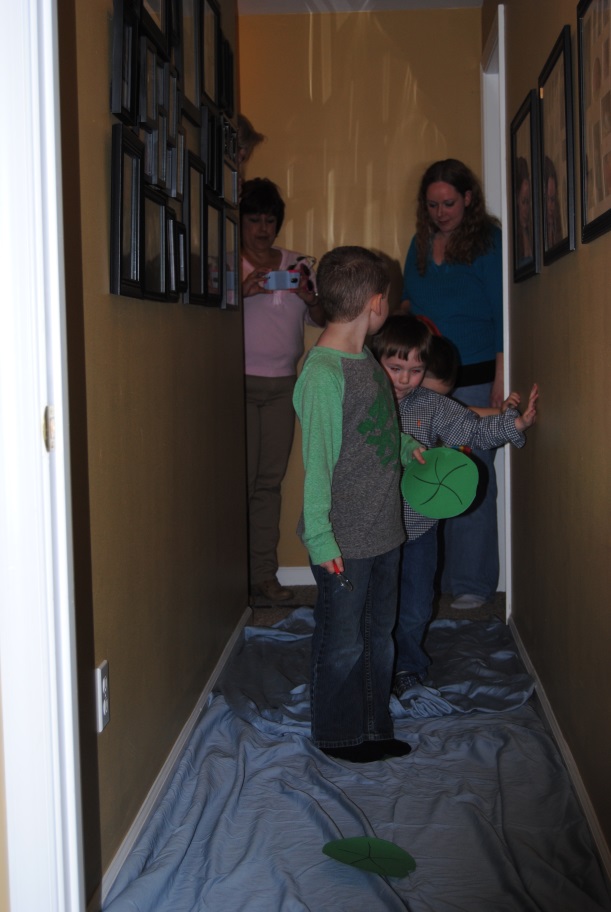 After traversing the rapids, they were brought to Mickey Park. Someone had filled Mickey Park with balloons! The clue to finding the presents is in the balloons. Toodles came to the rescue again with tooth picks for a very loud bit of balloon popping! 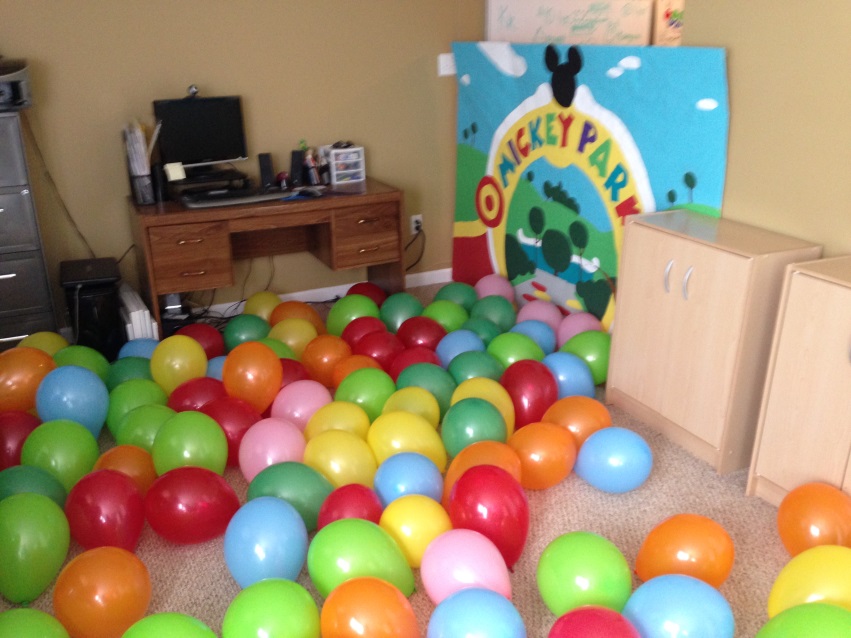 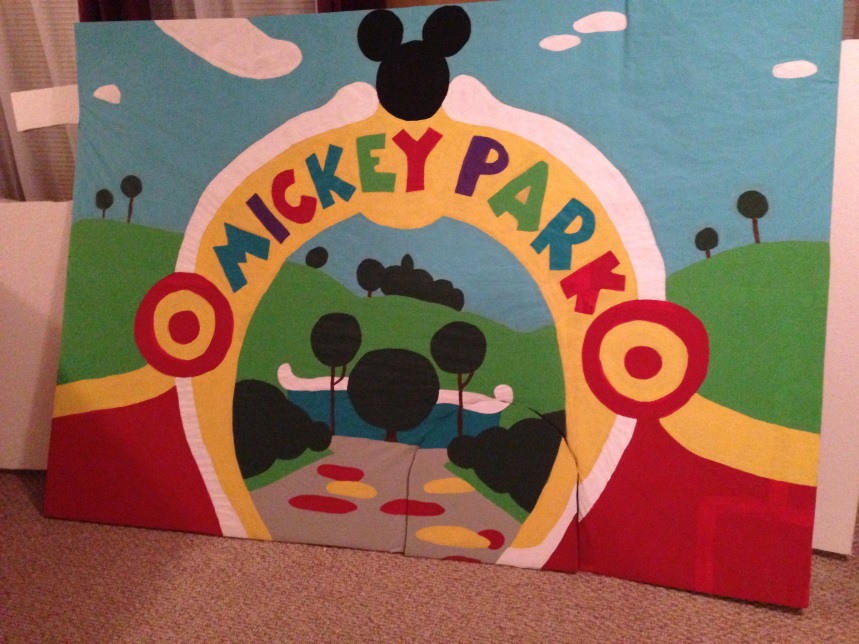 This is cardboard from Sam’s club. I tape together the big pieces that they use in between items on the pallet. I use cardboard from there for many of my projects. There is a tunnel cut where I put crawling tubes to get them to go through Mickey Park’s short cut. 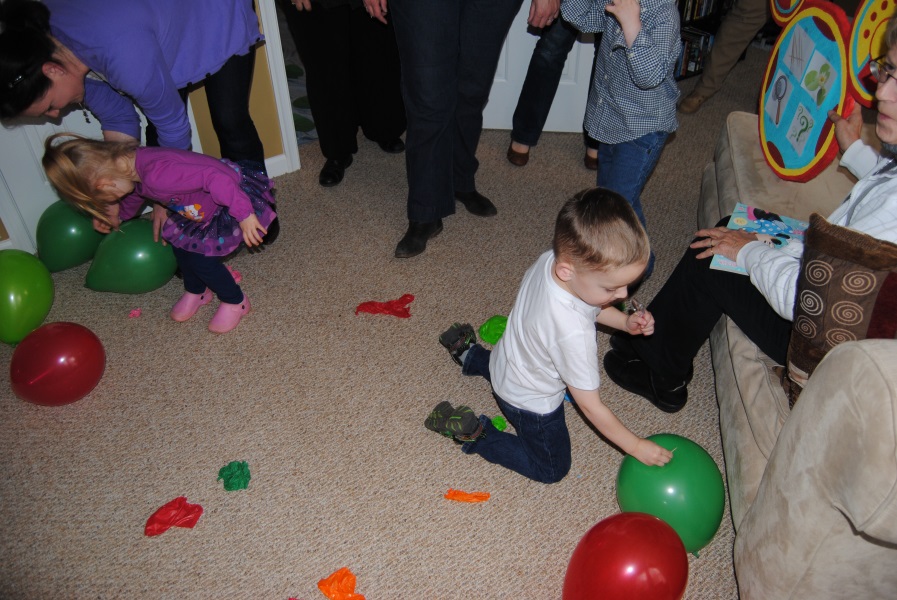 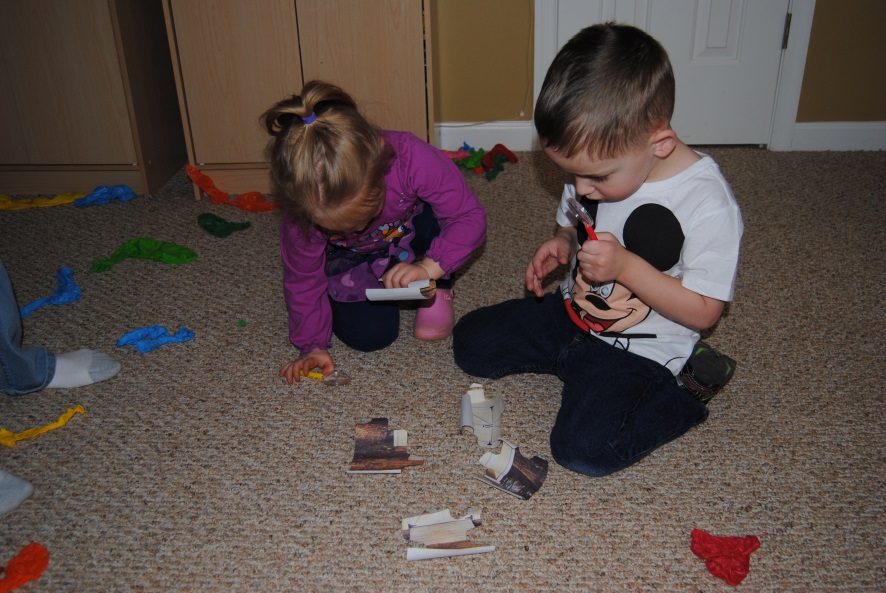 Before I blew up the balloons I had taken a picture of our shed. I cut it up into 6 pieces and rolled them up. Insert one piece into a balloon before inflating. They had to find all 6 pieces and then assemble the puzzle. They then crawled through Mickey Park to the shed. 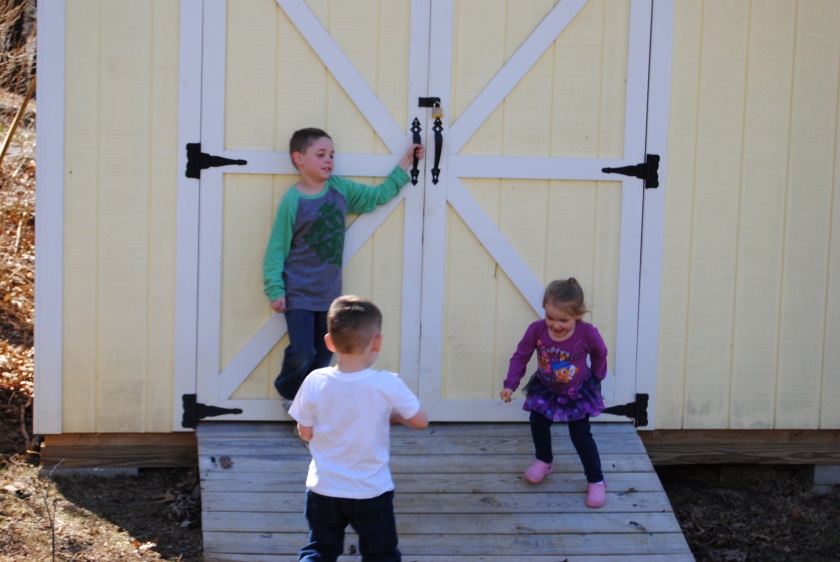 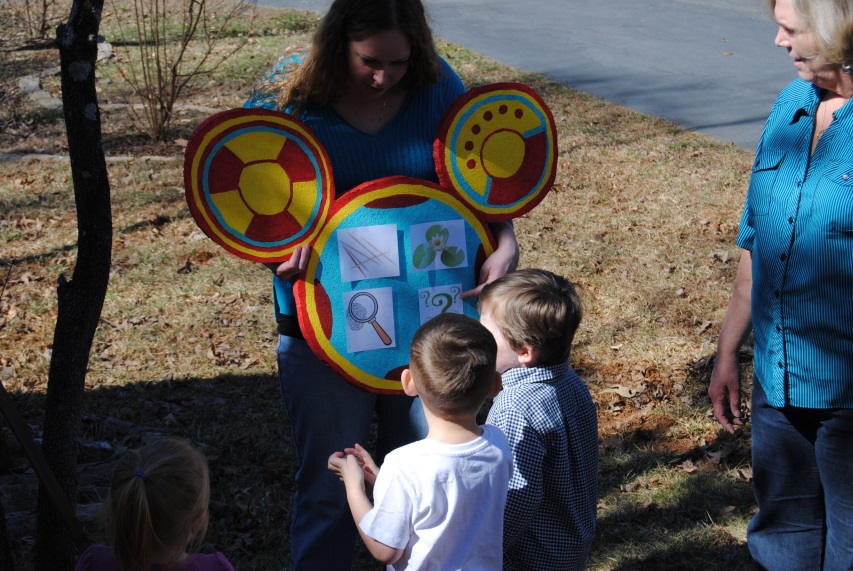 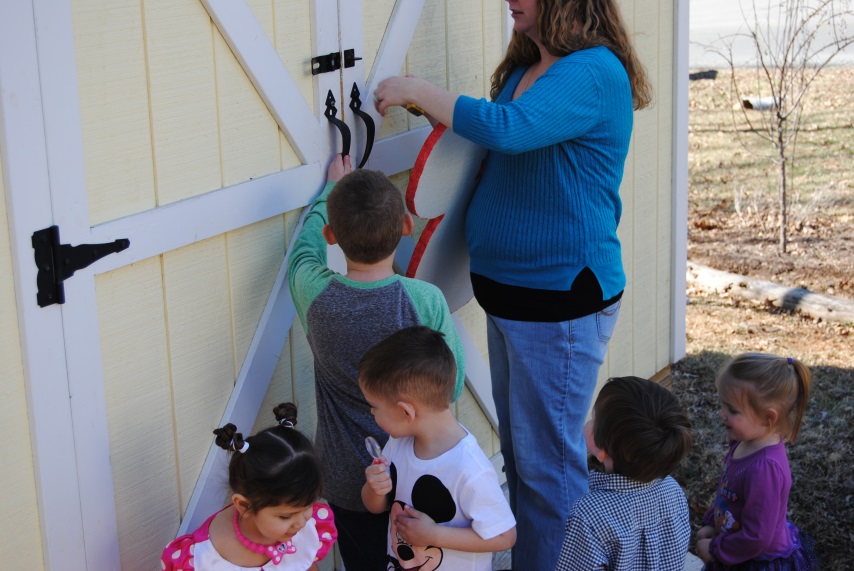 The presents were found and all was well! It was a fun adventure though.

We also played Pin the Nose on Mickey. I found this game at Part City. 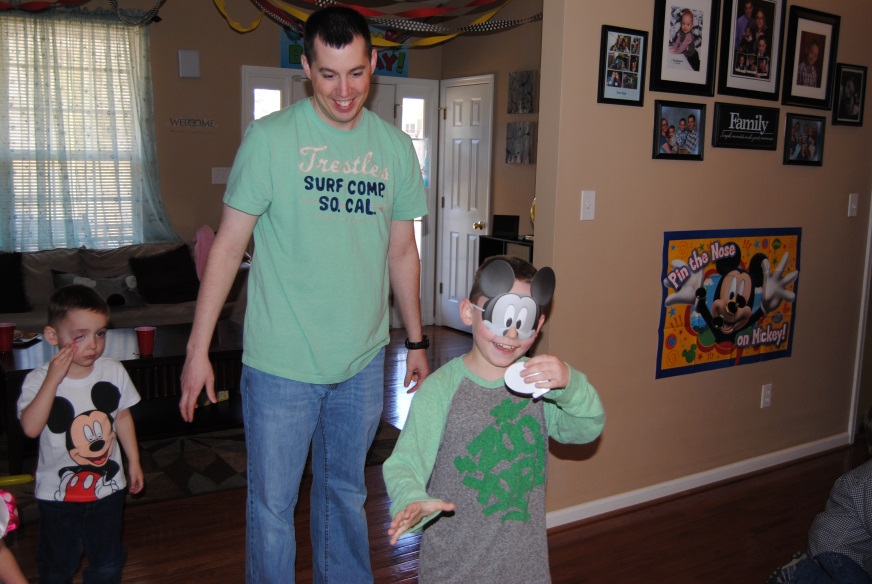 Decorations included streamers and scene setter from Party City again. The big decoration was a Mickey Mouse Clubhouse. I made mine out of Styrofoam sheets I purchased from Lowe’s. This was before I discovered the beauty of free Sam’s club cardboard! If I had it to do over again I would make it over that. I used a transparency and overhead projector to get the dimensions right but it can be free handed. 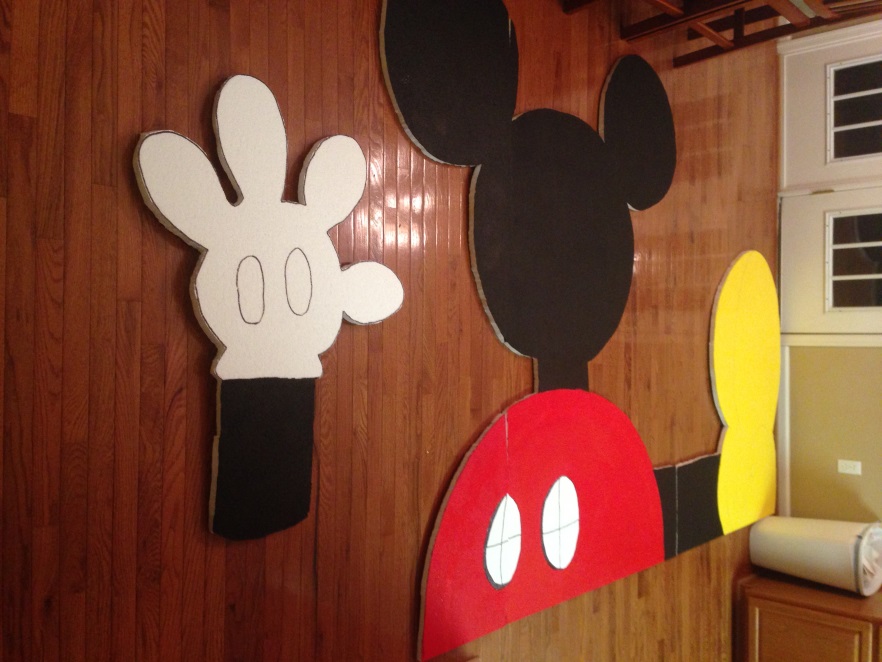 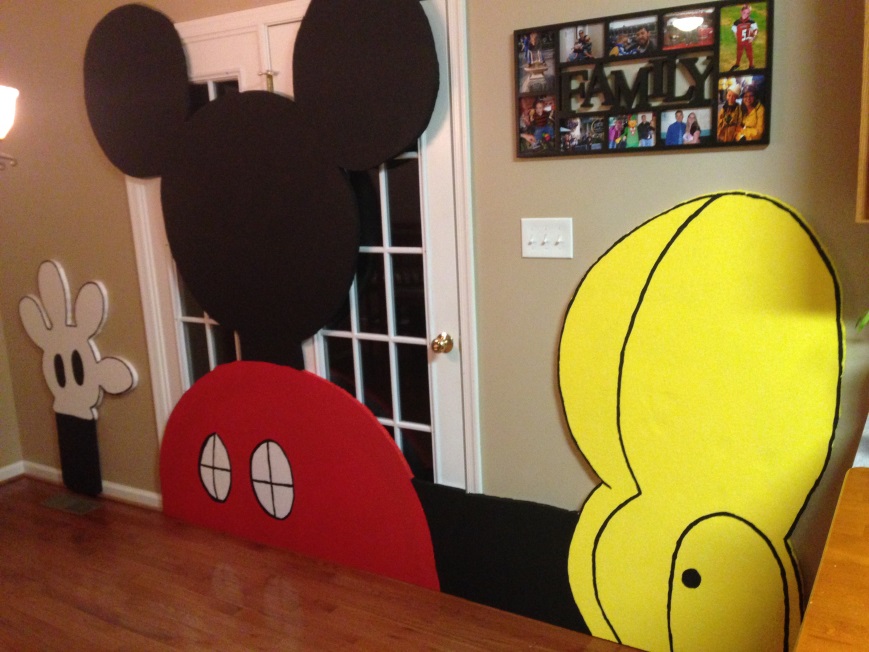 I used command strips to adhere it to the wall without damage.

The cake I used fondant to create each layer. I will do a cake tutorial in the future to help explain the different parts. I purchased the toys and Mickey Mouse cookie cutter from Amazon. 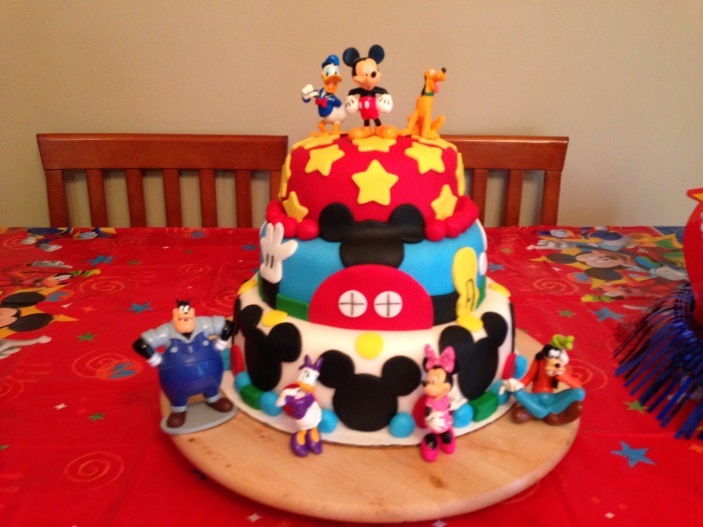 If cake making isn’t your thing, then you can turn cupcakes into Mickey Mouse as well with normal sized and small sized oreos. 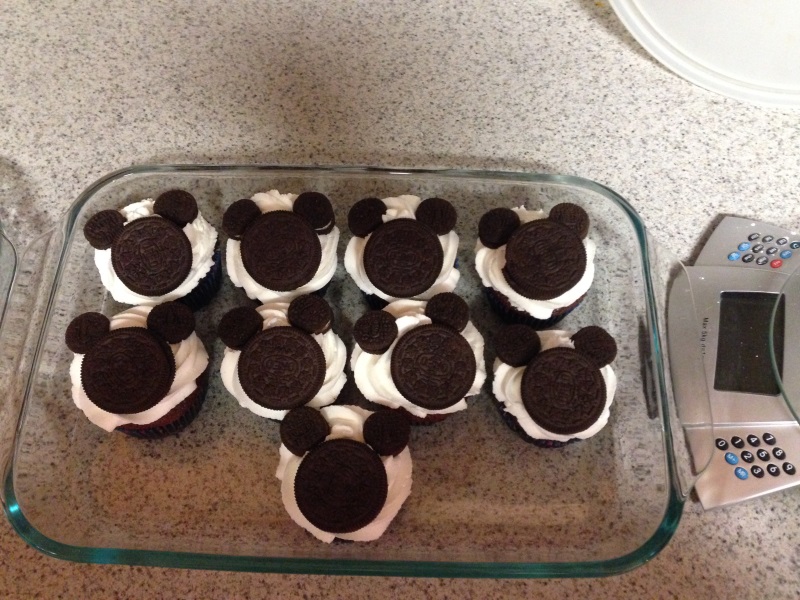 I used Toodles to decorate the table before the adventure began. 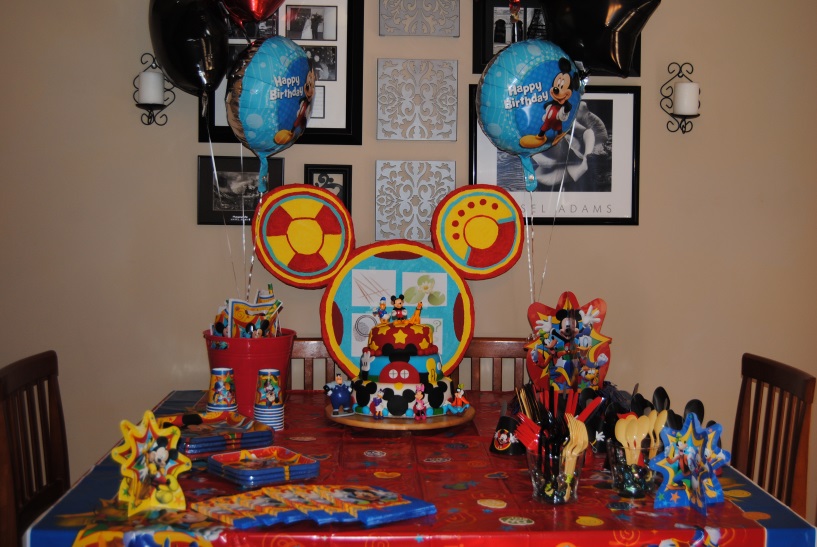 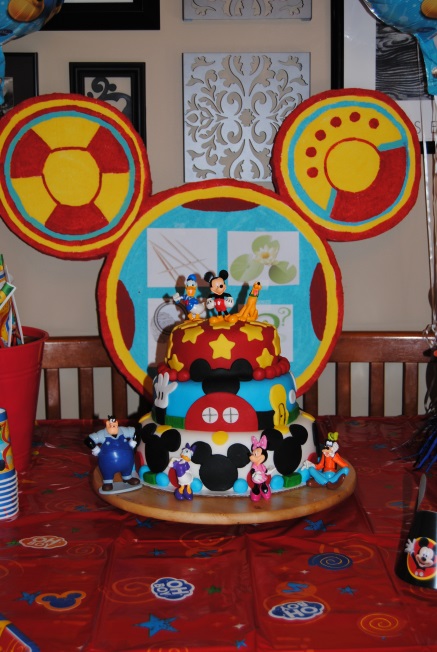 Enjoy and Happy Birthday little ones!

Categories: Birthday Fun, For The Kids

Crafts Action is a DIY and craft blog. Our hope is that we will be your go to place for fun projects with detailed instructions. Enjoy and happy crafting!